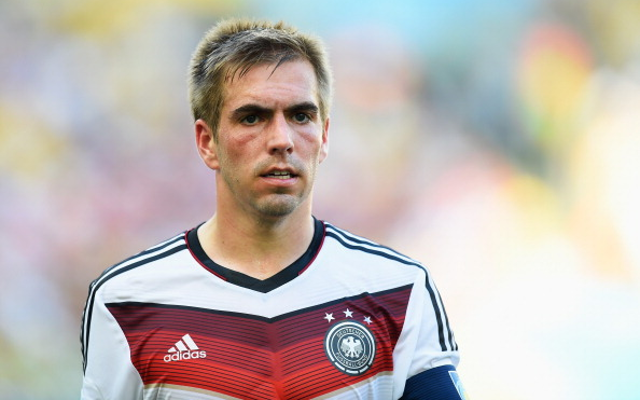 The 30-year-old, who also captains Bayern Munich, won 113 caps for his country in a glittering career, but has made the decision to focus on club football after his side’s superb achievement in Brazil this summer.

A player who will no doubt go down as one of the greats for the German national team, Lahm can now celebrate the fact that his final match in the famous white shirt was one that ended in lifting the most coveted prize in the game.

Lahm also has a runners-up medal from the 2008 European Championships to show for his international career, and is fourth in the all-time list of caps for Germany, behind current team-mates Lukas Podolski (116) and Miroslav Klose (137).

His Bayern team-mate Bastian Schweinsteiger would now seem the likeliest contender to succeed him as skipper of the national side, though no indication has yet been given as to who manager Joachim Low has in mind.

A picture from the Bild newspaper announcing this news can be seen below: