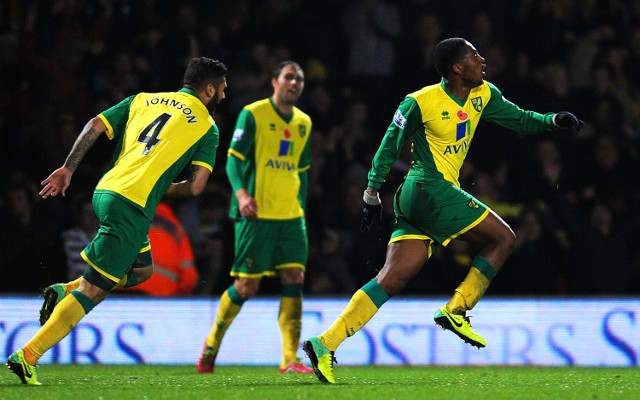 New United chief will raid Championship side for trusted midfielder.

Manchester United boss Louis Van Gaal is believed to be preparing a raid on recently relegated side Norwich City in a bid to strike a deal for midfield star Leroy Fer.

Since taking over the reigns at Old Trafford the former Barcelona boss has been linked with a succession of his fellow compatriots, and now CaughtOffside understands that he will look to rescue Fer from the depths of the Championship.

The 24-year-old only joined the Carrow Road outfit last summer from FC Twente, and went on to be one of the club’s brightest stars despite the season ending with their demotion.

He featured 29 times and scored three goals for the Canaries, and United now hope to be able to bring him on board in a cut price deal.

Van Gaal is a known fan of the player, having included him in his 23-man squad to travel to Brazil last month for the World Cup, and though he only featured intermittently in South Americ he managed to get himself on the scoresheet in the final group game against Chile.

It is thought that Van Gaal wants to clear the decks at United, especially in midfield, and views Fer as a better option than the likes of Tom Cleverley.