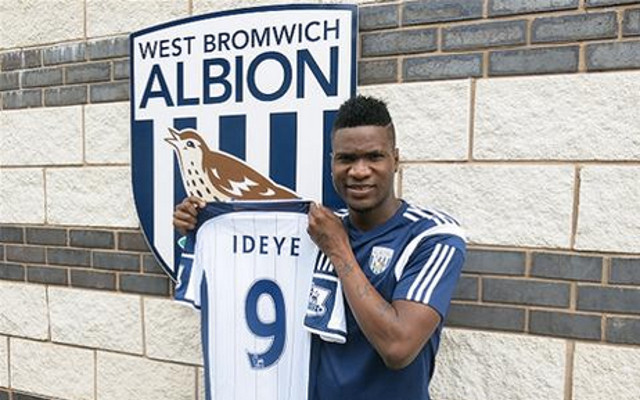 West Bromwich Albion have announced that they have signed Nigeria international striker Brown Ideye from Dynamo Kiev for a club record transfer fee.

Ideye, 25, has signed a three-year contract at the Hawthorns and he has been given the number nine shirt.

The club have not revealed exactly how much they have paid Dynamo for Ideye, just that it was more than the £6.6m that they shelled out for former Sunderland winger Stephane Sessegnon – their previous record signing.

Ideye began his senior career with Ocean Boys in Nigeria, before moving to Swiss club Neuchatel Xamax in 2008.

He joined French side Sochaux in 2010 and then Dynamo a year later.

Ideye has played and scored in the Champions League for Dynamo.

In total, he has netted 74 goals in 182 career league appearances.

Despite helping the Super Eagles win the Africa Cup of Nations last year, Ideye did not feature in Nigeria’s World Cup squad.