Lukas Podolski is seemingly on his way out of the Emirates…

Arsenal’s World Cup winning German attacker Lukas Podoslki looks like he’s on his way out of the Emirates, after a strange tweet he sent out yesterday to his followers.

The 29-year-old tweeted ‘Road to Sevilla FC!’, but after it only got 13 RTs, he deleted it, seemingly realising that he’d probably jumped the gun a little before a transfer’s been tied up! 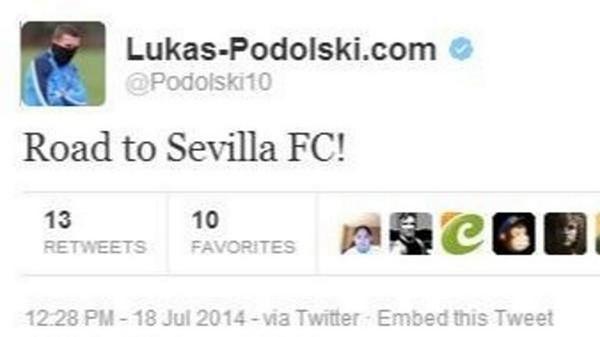