Arsenal are close to securing a deal to sign AC Milan striker Mario Balotelli after the north London side agreed to meet the San Siro side’s valuation of the 23 year old.

CaughtOffside understanads that Gunners boss Arsene Wenger has shifted his attention from QPR’s Loic Remy to Balotelli after learning of the Serie A side’s willingness to sell the former Man City man for as little as €20m (£15.8m), a fee the Emirates Stadium side is ready to stump up.

Despite having already signed Alexis Sanchez the Premier League side are keen to bring in a further addition to boost their attack and with Arsene Wenger looking to field the Chilean in a wide role the signing of another central striking option is paramount.

Wenger sees Balotelli as the man who can not only offer overworked Frenchman Olivier Giroud some much needed support but is likely to battle the former Montpellier man hard for a starting berth. 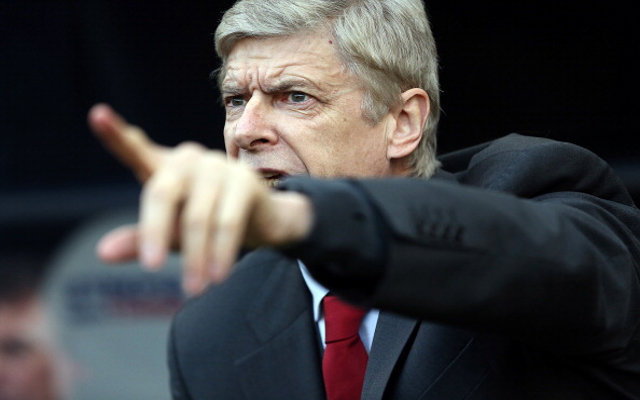 Arsenal are keen to follow up the successful ending of a lengthy silverware drought last term by mounting a genuine Premier League title push and as such the club’s owners have handed Arsene Wenger a substantial transfer war-chest.

The transfer fund boost comes off the back of the massive new kit deal agreed with Puma who are ready to assist Arsenal in the pursuit of Balotelli, who is one of the sportswear giant’s main figureheads.

Arsenal are ready to hand Balotelli his desired number 45 shirt and are happy to hand the striker a deal that would see him become the club’s highest earner with a £160k a week deal on the table which the player is ready to sign though AC Milan are hopeful that other prospective suitors could help initiate a bidding war for the Italian international.

Though Balotelli has encountered a fair few problems both on and off the field since returning to Italy back in January 2013, these issues have not affected his form and his tally of 26 goals in 43 Serie A appearances is a fairly impressive one when you consider the Rossoneri have struggled of late.

AC Milan failed to secure a Champions League berth for 2014/15 which is further fueling talks of Balotelli’s likely exit and the marksman is said to be very keen on a move back to the English top tier.

Should moves to bring in Balotelli prove successful then Wenger will seek to send out both Yaya Sanogo and Joel Campbell on loan deals to fellow Premier League sides to offer the pair some much needed experience.