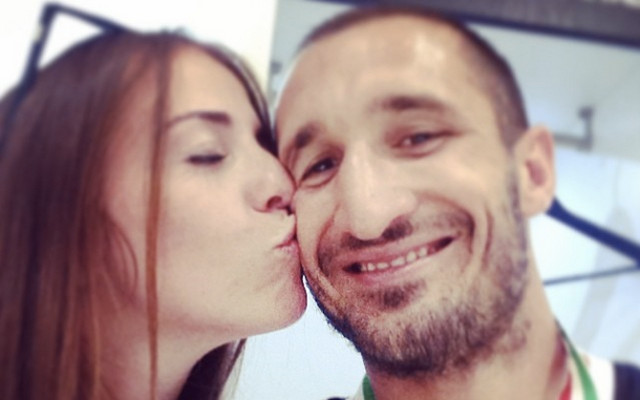 Juventus defender Giorgio Chiellini is the Italian who was bitten by Uruguay striker Luis Suarez at the World Cup.

The incident caused a huge storm of controversy, but both players have moved on and are getting on with their lives.

Suarez has been banned from football for four months, but that has not stopped him agreeing a mega-money move from Liverpool to Barcelona.

Juventus uploaded the below image to their Instagram account, along with the message: “Today we congratulate Giorgio Chiellini and Carolina Bonistalli on their marriage! Best wishes for every happiness from all Juventini!”

Click through the pages to see more of the lovely Carolina.