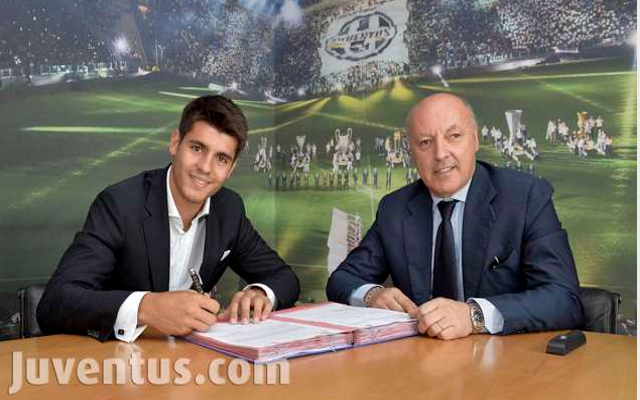 Turin side bring in young Spaniard.

The 21 year old has been the subject of strong speculation throughout the summer with a Bernabeu move perhaps the result of the youngster’s inability to secure regular first team action at the La Liga side.

The move is set to cost the Serie A side €20m (£15.8m) according to Goal.com and comes just days after the Turin side saw manager Antonio Conte leave his post as manager.

Morata is considered one of the hottest prospects in European football but had struggled to retain a foothold in Real Madrid’s first team set-up, starting just three La Liga fixtures in 2013/14 though still managing to score eight goals.

Morata represented Madrid sides Atletico and Getafe before moving to Real Madrid as a 15 year old back in 2008 and has scored a total of 11 goals in 52 appearances for the Spanish giants, the vast majority of those appearances coming from the bench.