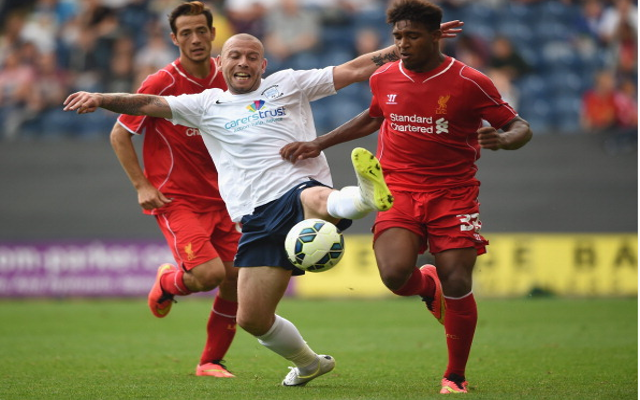 Jordon Ibe registered his third assist of pre-season in just two matches for Liverpool today, and fans took to Twitter to laud the talent of the 18-year-old flyer.

Here’s what they had to say about the teenager after the 2-1 win over Preston at Deepdale.

Jordon Ibe effectively has 3 assists in 90 minutes this pre-season. The man (or kid) behind every #LFC goal so far.

Jordon Ibe is going to be a really special player. #LFC

Jordon Ibe, again with a great showing, and two assists. Many youngsters have pace, Ibe has a football brain too, and it sets him apart.

Very pleased that whenever he has been given a chance, @IbeJordon has proved he’s got the creativity and cunning to grow into a force. #LFC

Jordan Ibe has been brilliant, Think he will make breakthrough this season

Jordan Ibe still raw at 18, but the way he receives the ball & turns is like a top international. Has pace, skill; now about decision-making

I have the highest of high hopes for Jordan Ibe.