Saturday’s Liverpool transfer gossip:  Loic Remy is closing in on an £8m switch from Queens Park Rangers to Anfield,  but the Reds still face a battle over the French striker’s wage demands; plus more… 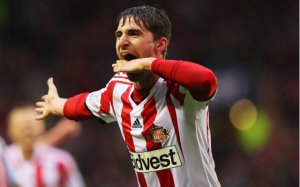 Liverpool have agreed in principle, a deal to send Italian striker Fabio Borini back to Sunderland.

Sky Sports are reporting that the 23-year-old, who enjoyed a successful year on loan at the Stadium of Light last season, is now close to sealing a permanent, £14m move.

Borini, who was Brendan Rodgers’ first signing after joining as Liverpool manager, scored just two goals in 20 appearances during an injury-plagued first year at Anfield, and is reportedly keen on continuing his development under Black Cats manager Gus Poyet.