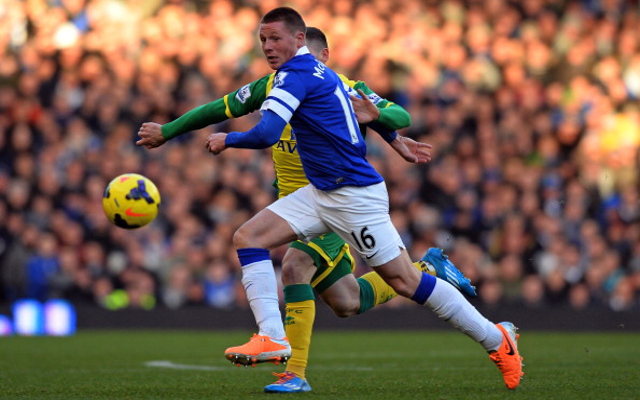 The Old Trafford side will battle Tottenham in pursuit of the 23 year old Republic of Ireland international who is reportedly valued at £25m by the Toffees.

Former Man United boss David Moyes also had a keen interest in the tough tackler and White Hart Lane manager Mauricio Pochettino has given the ‘green light’ for a bid this summer.

McCarthy was in great form in 2013/14 and played a key role as Roberto Martinez’s side battled manfully in their pursuit of a coveted top four finish and the Spaniard would be loathed to lose the former Wigan Athletic man.

Having already signed Ander Herrera from Athletic Bilbao it may be fair to say that the club’s midfield is an area Louis van Gaal is keen to freshen up and McCarthy would offer a strong presence in the centre of the park and could well be keen on a move to Man United.

The likes of Tom Cleverley, Darren Fletcher, Micheal Carrick and Marouane Fellaini may well be fearing for their respective futures after poor displays last term and clearly if McCarthy was brought in then midfield sales could well ensue.

Despite his relatively tender years McCarthy has already amassed 282 club appearances and has 23 national team caps to his name.