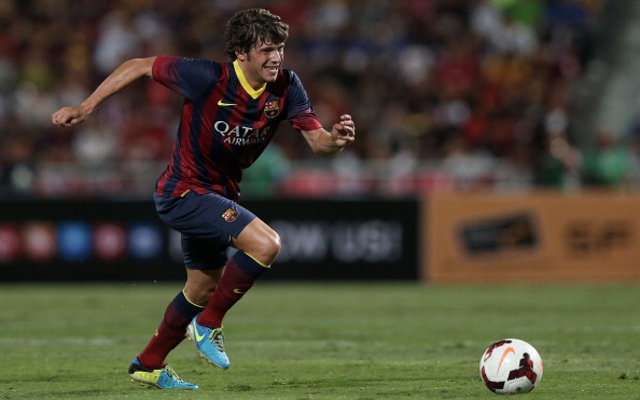 Van Gaal still looking for new recruits despite being stateside.

Manchester United are pondering a move for Barcelona youngster Sergi Roberto – a player often dubbed as the ‘new Xavi’ – according to the Daily Mirror.

The 22-year-old his being touted as one of the club’s most exciting graduates from the famed youth system in recent years and had been credited as being the natural successor to the experienced midfield maestro.

However, Roberto is said to be unhappy at the Nou Camp, having made just a solitary start in La Liga last season and he is said to be keen to move on in search of more regular first team football.

United are said to be monitoring the situation, despite new boss Louis Van Gaal currently taking part in Manchester United’s pre-season tour of the United States.

Sergi Roberto has made just a total 39 appearances for the former Spanish champions since first breaking into the squad back in 2010.

He has been capped a various Spanish youth levels, including under-21, and though he has not yet made a bow for the senior side he has featured a number of times for the Catalonian side.