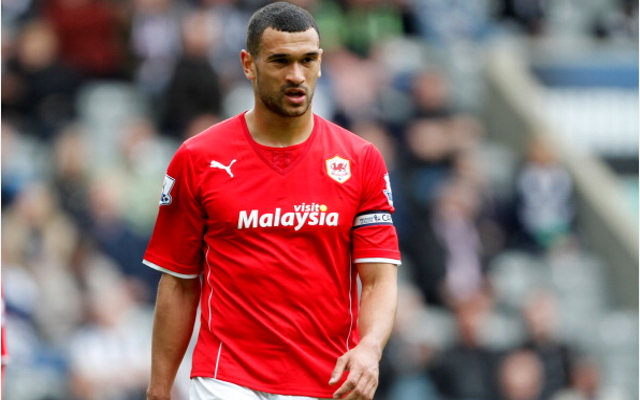 QPR have agreed a fee for Cardiff City defender Steven Caulker according to the BBC Sport website.

Loftus Road boss Harry Redknapp is hoping to bring in the former Tottenham man to line-up alongside recent signing Rio Ferdinand in an all new-look central defensive partnership.

Redknapp has publicly spoken of his desire to bring in the 22 year old England international, stating;

“He’s got a couple of other clubs interested in him but I think he feels if he was playing with Rio, it could help him get back into the England team,” said Redknapp.

Caulker failed to secure a single Premier League appearance during his time under Redknapp at White Hart Lane but may feel that things at QPR would be entirely different.

The tough tackling youngster impressed at Cardiff City, despite their relegation to the Championship, starting all 38 of the Welsh side’s Premier League fixtures.

Redknapp will be keen to avoid another relegation having successfully secured an instant return to the top tier, albeit via the play-offs, and a move to solidify the west London side’s back-line is a wise one to consider.