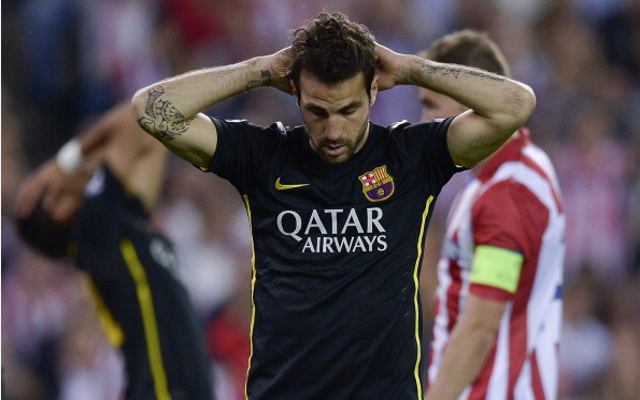 Chelsea manager Jose Mourinho insists it was easy to persuade Cesc Fabregas to choose a move to Chelsea over his old club Arsenal this summer, according to the Daily Telegraph.

The Portuguese coach has revealed that he spoke with the Spaniard for just twenty minutes before persuading him to leave Barcelona for Stamford Bridge, despite his connections with the Gunners.

This goes against previous quotes made by Fabregas himself, who insists that he was turned down by Arsenal manager Arsene Wenger due to the club’s various other options in the attacking midfield department.

Speaking after Chelsea confirmed their third and supposedly final major signing of the summer in Brazilian left-back Filipe Luis, Mourinho says Fabregas really wanted to join, and that he was not too open to moving back to his old club Arsenal.

“Arsenal had an option to interfere, but I think he was not open to that. I think he was very, very much in our direction, so it was an easy job for me.”

Fabregas himself has previously been quoted as saying: “Arsenal was the first option, for contractual reasons. There was a clause that gave them the right to decide.

“We spoke to Wenger and he said that the space was very well filled by Mesut Ozil and it was hard to find a place for both of us in the team.”

The two London rivals have also both been rumoured to being in competition for Real Madrid midfielder Sami Khedira this summer, but Arsenal may now be in the driving seat to land him after Mourinho revealed that Luis would be his last signing of this summer’s transfer window, as he expressed his joy at getting his work done early.

“We did our business in almost record time,” he added. “The market closes August 31 and we close our market on July 18.

“I don’t think there will be any more players. We are happy with what we have got.”