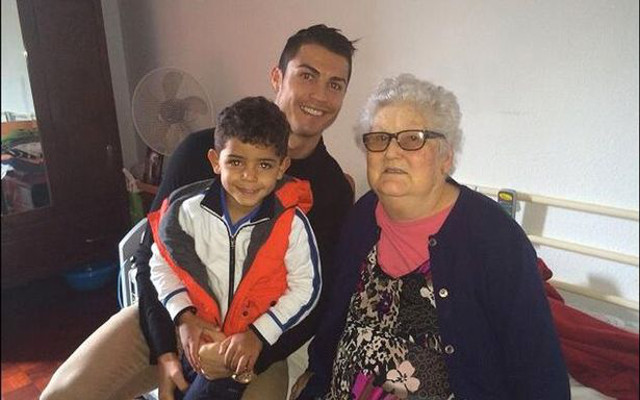 Four-year-old does not know who his mum is.

Cristiano Ronaldo’s son was once told by a member of his family that his mum “was in Heaven”.

Four-year-old Cristiano Jnr, who has been dubbed Cristianinho, was apparently born to a surrogate mother in 2010.

Dolores is quoted by The Mirror as saying that Ronaldo told her: “The mum will never be known.”

Cristianinho has stopped asking about his mother, according to Ronaldo’s sister Elma.

Elma is quoted as saying: “Once we told him she was in Heaven, but my brother and mum asked us not to repeat it.

Ronaldo is currently in a romantic relationship with Russian model Irina Shayk.

Paulo Sousa Costa, who wrote Dolores’ recent biography, has hinted that Ronaldo and Miss Shayk may eventually tie the knot.

He said: “Dolores knows sooner or later he’ll get married.”

Catholic Ronaldo and Shayk have been together since 2010.

Ronaldo moved to Real in 2009, when he transferred from Manchester United in an £80m deal.

The 29-year-old, who has been capped 114 times by Portugal at senior international level, has won one La Liga title, two Copa del Reys and one Champions League with Los Blancos.

He is under contract at the Santiago Bernabeu Stadium until June 2018.