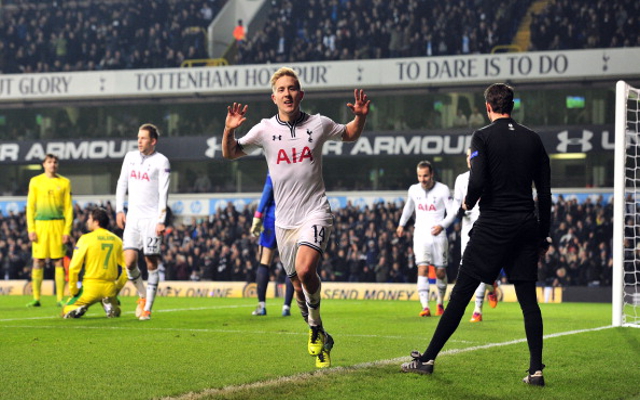 Crystal Palace and QPR will battle it out to sign Tottenham midfielder Lewis Holtby according to the Dailys Star.

The German international is apparently open to a move away from White Hart Lane if he feels that new boss Mauricio Pochettino is unwilling to offer him regular first team action and a move to either London side may tempt the 23 year old.

Holtby spent half of last term at Fulham and even though the Craven Cottage side could not avoid relegation to the Championship the pint sized flair player still impressed.

The former Schalke man did feature in Tottenham’s pre-season friendly with the Seattle Sounders yesterday, scoring during the 3-3 draw with the MLS side, and this could perhaps be a sign that the former Southampton manager has every intention of using Holtby this coming season.

Tottenham only paid £1.5m for Holtby and one imagines a decent offer for his services may be considered by chairman Daniel Levy.