Five other options upfront for the Gunners.

With reports that Arsenal are set to lose out to rivals Liverpool for the signing of Queens Park Rangers striker Loic Remy, CaughtOffside looks at five other players that could come in upfront, based on recent transfer rumours.

Arsene Wenger is known to be keen on bringing in a good alternative to Olivier Giroud to spearhead his side’s attack next season, after the Gunners found themselves overly reliant on the inconsistent Frenchman in 2013/14.

Remy had looked like being one of the most realistic targets, available for a good price, but it seems that the club could not agree on a contract for the player, whose wage demands were too high.

Alexis Sanchez has already been brought in to the Emirates Stadium, arriving in a £32m deal from Barcelona, but it seems likely that Wenger will try to bring in a more out-and-out striker, with Sanchez possibly set to feature on the wing for Arsenal. See below for five options the club may now be considering as an alternative to Remy. 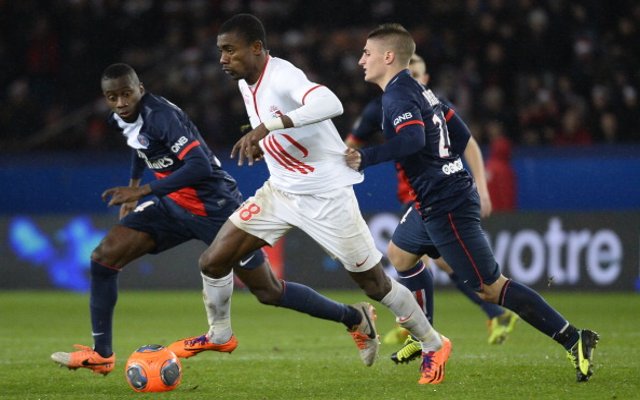 A former Chelsea player, Salomon Kalou has surprisingly been linked with Arsenal on a number of occasions since leaving Stamford Bridge for a move to Ligue 1. The Ivory Coast international has been in good form for Lille over the last two seasons, scoring 34 goals and weighing in with 11 assists in 77 appearances. The 28-year-old never exactly hit the ground running during his time with Chelsea, but is said to be keen on a move back to the Premier League in the near future, with the likes of Everton also reportedly tracking him. Still, with Arsenal in need of a good alternative to Giroud, Kalou’s pace upfront could give the Gunners something a little different in that position, as well as more depth in what has proven to be an injury-prone squad in recent times.