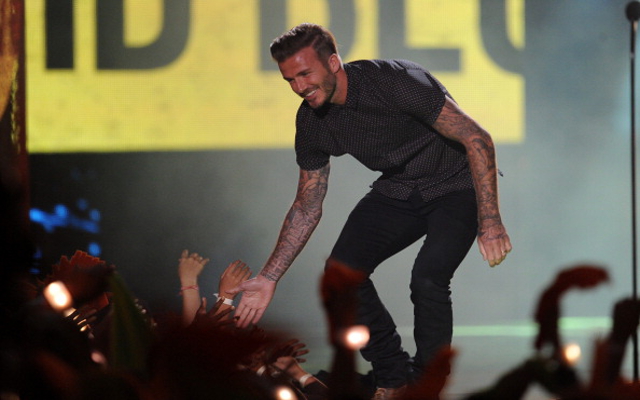 Golden Balls meets the ‘most electrifying man in sports entertainment’.

Ex England captain Beckham, 39, had his picture taken with Johnson and his scarily big arms.

Johnson retired from wrestling in 2013 and he is now becoming well known for his acting appearances.

The 42-year-old’s credits include the Fast & Furious series, The Scorpion King and Snitch.

Johnson uploaded the below image to Instagram, along with the message: “Hang time with the boys. Good to see my bud – one of the best dudes I know. #Beckham”.