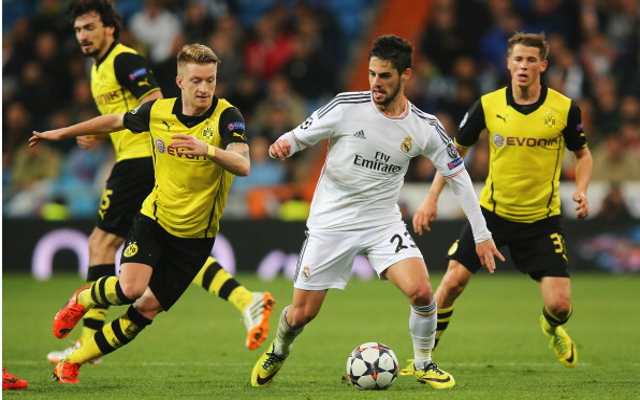 Anfield side look to bring in yet another summer signing.

Liverpool are apparently very keen on landing Real Madrid youngster Isco according to Spanish source AS.

The 22 year old could well be set to leave the Bernabeu as Carlo Ancelotti looks to bring in Colombian star James Rodriguez having already snapped up Bayern Munich midfielder Toni Kroos.

There will be no shortage of interest in Isco with this source claiming that Sevilla and AC Milan are also keen on the former Malaga man.

Clearly Anfield boss Brendan Rodgers has the funds to make a big money offer for the attacking midfielder having banked £75m from the sale of Luis Suarez to Barcelona and a move for Isco would adhere to the Merseyside club’s youthful transfer policy.

Liverpool have already signed Emre Can, Adam Lallana, Rickie Lambert and Lazar Markovic and are expected to complete the capture of French forward Loic Remy in the coming days, however the total cost paid to bring in this quintet still leaves Rodgers will money to spare and the Northern Irish boss seems keen to continue his spending spree with a return to Champions League action on the horizon.

Isco had a solid, if not spectacular, first season at Real Madrid during which he made 53 appearances, of which 18 were from the bench.

The impressive flair player racked up 11 goals and seven assists in 2013/14.