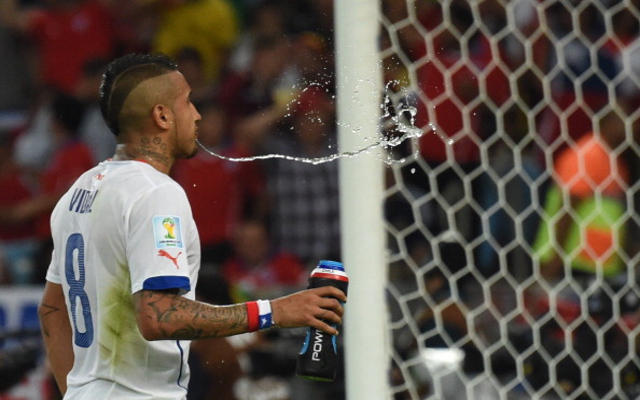 Man United continue to pursue Juventus midfielder Arturo Vidal and as well as launching a fresh £40m bid the Old Trafford side are also set to offer the Chilean a massive contract according to the Daily Express.

Boss Louis van Gaal is keen to add some creativity to his midfield and will hand the former Bayer Leverkusen man a massive £200k a week deal that would see Vidal earn the same as Robin Van Persie, with only England man Wayne Rooney being paid more at the Premier League outfit.

Comments made by Juventus director Pavel Nedved would suggest that a move for Vidal was plausible with the former Czech Republic star stating temptingly;

“Our strategy is clear; we want to keep all our best players, including Vidal and Pogba.

“We don’t want to sell anyone, especially Vidal.

“Certainly, if there were a high bid for them, we’d have to think about it.”

Such a contract offer would certainly prove a massive increase on the salary Vidal is paid at Juventus, thought to be in the region of £75k a week, and the departure of boss Antonio Conte may be another factor that draws Vidal into a move to Man United.

Van Gaal appears to have funds to make significant moves in the transfer market this summer as Man United’s owners look to extinguish the memory of last season, with £55m having already been invested in new signings Ander Herrera and Luke Shaw.

Vidal has played a pivotal role in Juventus’s three successive Serie A title triumphs and may be open to a fresh challenge.