Sunday’s Manchester United transfer gossip:  Louis van Gaal is close to signing Stefan de Vrij and has renewed his interest in Thomas Vermaelen, while United are preparing a £30m offer for Juan Cuadrado; plus more… 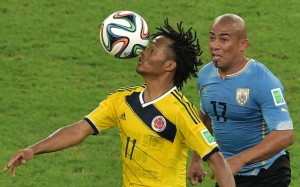 The 26-year-old winger currently plays for Italian side Fiorentina, for whom he has scored 16 goals in 68 Serie A appearances.

Cuadrado was in impressive form at this summer’s 2014 FIFA World Cup as his team reached the quarter-final stage, only to exit the competition against hosts Brazil. The player scored one and assisted four more goals during the tournament.