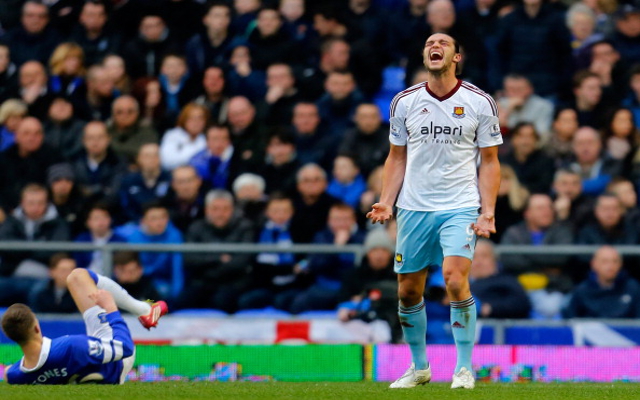 Newcastle United are reportedly planning a surprise move to re-sign West Ham striker Andy Carroll according to the Sunday Mirror.

The 25 year old England man has seen his career falter since leaving St James’ Park in a £35m move to Liverpool which in turn led to a patchy spell at Upton Park and the Magpies are readying a £15m bid to bring the forward back to his hometown club.

Alan Pardew is keen to strengthen an attack that will be minus loaned in forward Loic Remy and an offer of this magnitude, the same the Hammers paid Liverpool for the Gateshead born marksman, may well be considered by the east London side.

The big forward may well be keen on the chance to re-ignite his career at St James’ Park and Newcastle United could well do with further striking additions even though they have brought in Ayoze Perez from Tenerife and Emmanuel Riviere from AS Monaco.

It’s a move that is sure to please the club’s faithful support as Carroll is certainly a player who Newcastle United fans still hold a great deal of affection for.