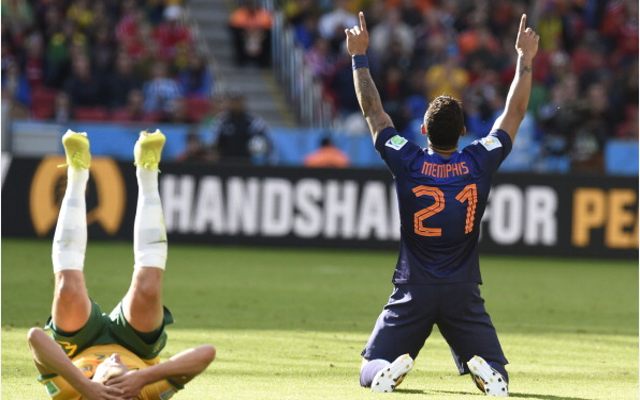 Tottenham Hotspur could be set to step up their interest in PSV and Netherlands winger Memphis Depay this summer, according to the Daily Mirror.

The exciting youngster looked impressive at this year’s World Cup after being given the chance to shine in Brazil under Oranje manager Louis van Gaal, and he also scored 14 times for his club last season.

Still only 20 years old, Depay has been on the radar of top clubs before, and it is thought that Tottenham manager Mauricio Pochettino is a long-time admirer of the skillful attacker.

The Argentine, who left Southampton to take over at White Hart Lane this summer, is yet to make any new signings for the north London club, but Depay now looks to be high on his agenda as he prepares to strengthen his squad in an attempt to make the top four next season.

A move for another promising young player in Swansea City left-back Ben Davies could also be nearing completion, but Depay would certainly represent an intriguing move in the transfer market, with the wide-man looking like one of the best up-and-coming talents in Europe at the moment.

Depay has 22 goals in 84 appearances for PSV, as well as two strikes in nine senior caps for the Netherlands.