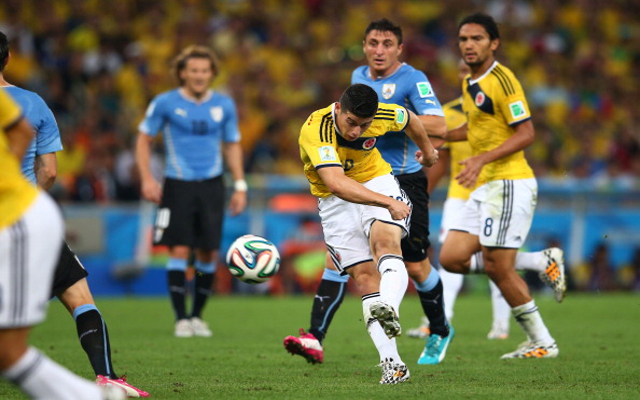 Bernabeu side to bring in Colombian youngster.

Real Madrid have reported completed the signing of AS Monaco youngster James Rodriguez with Spanish source Cadena claiming the 22 year old will be unveiled by the Bernabeu side this week.

Carlo Ancelotti already completed the signing of German midfielder Toni Kroos and the outlay of €70m (£55m) could well also include the Spanish giants offering a player in part-exchange though AS Monaco’s request to sign centre-back Pepe in such a move has been turned down flat.

Rodriguez moved to the principality club in a €45 (£35m) deal last May and finished his first campaign at AS Monaco as the leading assist maker in Ligue 1.

The attacker then followed up an excellent club season with a superb World Cup campaign, winning the Golden Boot following his six goal haul, and now seemingly earning a move to Spanish giants Real Madrid as a result.

Prior to his move the Stade Louis II Rodriguez completed three successful campaigns at FC Porto, helping the Estadio do Dragao side to three successive Primeira Liga titles as well as a Europa League triumph.

Goal.com claim the deal will cost the Spanish giants €88m (£69m) and could lead to young attacking midfielder Isco leaving the La Liga side.

Rodriguez will earn €7.5m (£5.9m) a year, which works out as £115k a week, which may well mean the former FC Porto man has taken a pay-cut given that at AS Monaco his wage is of course tax free.