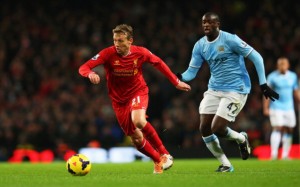 Lucas’s future in Liverpool has looked progressively more uncertain in recent weeks, especially following the arrival of Emre Can from Bayer Leverkusen – who will be hoping to take the Brazilian’s role in the Reds midfield.

The 27-year-old is believed to be closing in on a loan switch to Napoli, with the Italian team having the option to make the deal permanent next summer. Lucas made only 20 Premier League appearances last season, after facing competition from Joe Allen and Jordan Henderson for his place in the team, and seems likely to fall further down the pecking order this summer.