The legendary skipper stands down from Three Lions duty, and we’ve run down five possible replacements…

England’s captain Steven Gerrard has retired from international duty, meaning there’s now a spot in the squad, and possibly the team, available for a young holding midfielder to take with both hands.

There are no obvious candidates for the position, meaning that a range of Englishman will be desperate to start the 2014/15 season well, and force their way into Roy Hodgson’s plans.

The Southampton man has ten caps for the England Under-21s, and despite being aged just 19, he’s already made 60 appearances for Southampton. At St. Mary’s, young players are given a chance to hone their ability – and England stars like Theo Walcott, Luke Shaw and Adam Lallana have come through the ranks at the coastal club in recent years. Ward-Prowse is a very good passer, makes his fair share of tackles, enjoys taking set-pieces, but rarely ever makes interceptions or scores goals. He’s a teenager though, and he has more than enough time to develop into one of the Premier League’s best all-round midfielders. 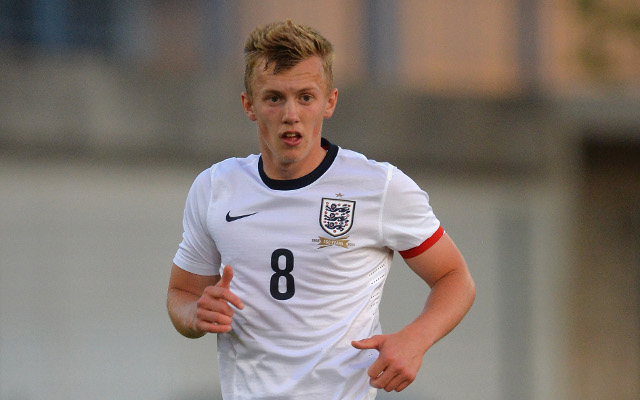