Arsenal are reportedly closing in on a £9m deal to sign Man United winger Nani with Arsene Wenger keen to bring in the long term Gunners target in a deal that may or may not relate to the Old Trafford side’s continued interest in Belgian Thomas Vermaelen.

CaughtOffside understands that Wenger will look to bring in the 27 year old Portuguese international with it looking increasingly likely that German forward Lukas Podolski is set to leave the north London side this summer.

A messaged tweeted earlier this week by the Arsenal fan favourite suggested that a move to Sevilla was close and the 29 year old may well look to leave after two average campaigns at the club, which have resulted in a less prominent role in Joachim Low’s national team set-up at the World Cup finals.

New Man United boss Louis van Gaal is keen to offload a number of members of the squad he inherited from David Moyes as he looks to help fund further moves in the summer transfer market and the Dutch manager deems Nani surplus to requirements. 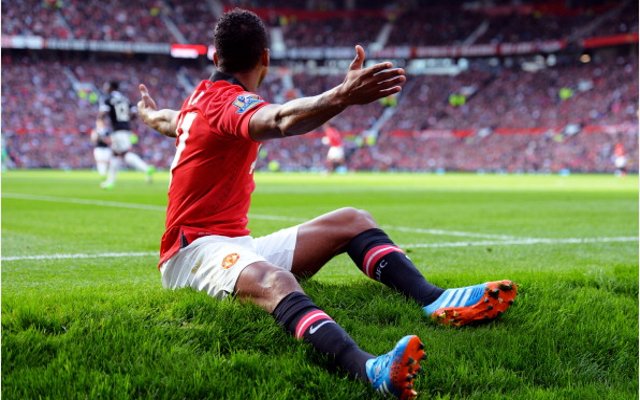 Nani has played something of a bit-part role at Man United in recent seasons but at his prime he has proven himself very capable of making an impact at Premier League level.

The talented attacker has made just 14 Premier League starts over the course of the past two seasons and though the former Sporting Lisbon has been repeatedly linked with interest from the continent Nani has settled in the UK and is said to be keen on a move to London.

Arsenal have agreed a four year contract with Nani which will see the Man United man’s earnings rise from £95k to £110k a week.

Wenger may also be ready to consider the sale of Santi Cazorla, who is now a genuine target for La Liga title holders Atletico Madrid, with the Spaniard said to be unsettled and homesick after a fairly poor second campaign at the club.

Nani has made a total of 228 appearances for Man United, of which 51 have been from the bench, scoring 40 goals.

In 2010/11 Nani finished the campaign as the Premier League’s leading assist maker, helping Man United to a title triumph, however he was subsequently left out of Sir Alex Ferguson’s starting eleven for the Champions League final against Barcelona in May 2011, an incident that has seemingly led to the player’s role at the the club stagnating ever since.