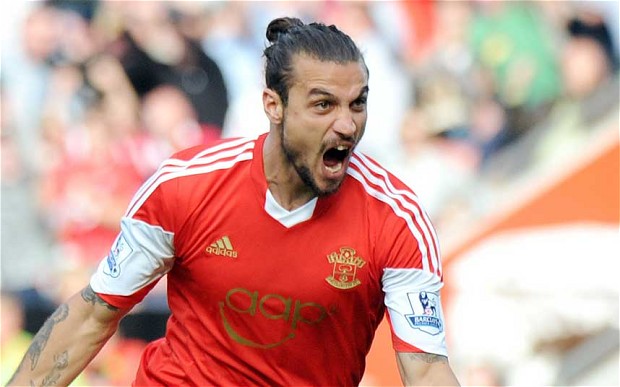 Southampton’s difficult summer continues with the news that Italian striker Dani Osvaldo has failed to report back for pre-season training, according to the Daily Mirror.

The 28-year-old has been a big disappointment for the south coast club since his club-record £12.5m move from Roma last summer, scoring just three goals in the Premier League before returning to Serie A for a short loan spell with Juventus.

Osvaldo did not exactly reach top form with Juve either in the second half of last season, but is thought to be attracting interest from the likes of Inter Milan as he seeks a permanent move back to the Italian top flight.

Southampton have already lost the likes of Rickie Lambert, Adam Lallana and Luke Shaw this summer, and Osvaldo now looks increasingly likely to force a move away from the club after failing to report back for training.

Ronald Koeman’s side are currently in Belgium for pre-season, and Osvaldo has already missed the start of their preparations through illness, but had been expected to train alone at the club’s base before meeting up with the rest of the squad.

The Saints have done well to bring in a new striker this summer in Graziano Pelle, which should pave way for Osvaldo to end his torrid time with the club.