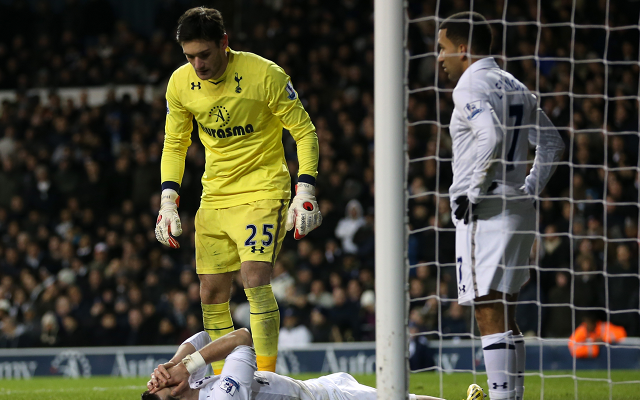 Daily Mirror football writer Darren Lewis has claimed that the imminent arrival of goalkeeper Michel Vorm at Tottenham could spell the end for current number one stopper Hugo Lloris.

Lloris, who voiced his frustration with playing second fiddle to veteran stopper Brad Friedel in his early Tottenham career, was strongly linked with a move to Paris Saint-Germain this summer, following Spurs’ failure to qualify for the Champions League.

However, he instead decided to sign a new five-year contract with the club, seemingly committing his future to the North London side.

But talk of  his possible departure has resurfaced following the news that Spurs are closing in on Vorm, who is unlikely to be content with being second-choice after impressing at Swansea and earning a spot in the Dutch World Cup squad this summer.

“The murmurs that Spurs could be close to signing Michel Vorm have created a buzz around White Hart Lane,” Lewis told Talk Sport. “For one, Vorm is a very good player, but also, what does it say about the future of Hugo Lloris? He signed a new long term deal only a few weeks ago.

“Vorm is a player who should be playing regular first team football in his own right next season, why would he choose to go to a club where he would sit on the bench every week?

“It raises questions whether Lloris will be at the club beyond next season, particularly if they fail to finish in the top four and qualify for the Champion’s League. Will Vorm’s arrival pave the way for that to happen?”