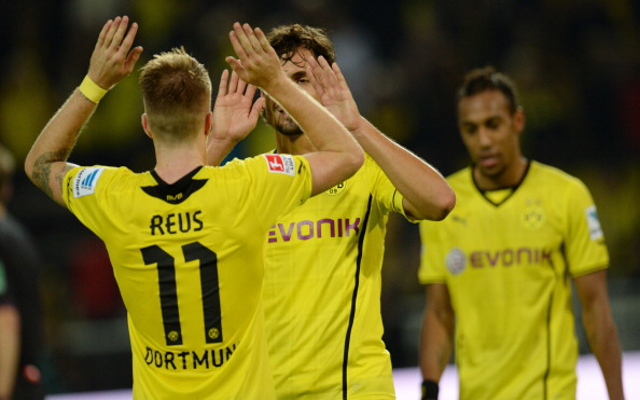 Bundesliga giants not ready to sell pair.Borussia Dortmund manager Jurgen Klopp had dealt a transfer blow to Manchester United after insisting that key duo Mats Hummels and Marco Reus are not for sale, the Daily Express reports.

Both players have been highly impressive performers for Dortmund in recent times, attracting interest from a number of Europe’s elite club sides, with United linked strongly with both throughout this summer’s transfer window.

However, the Red Devils now face something of a fight to sign either of them, with Klopp firmly stating that they will both be Dortmund players next season, especially at the prices being mentioned in the press.

It has been suggested that United could look to make a bid of around £17m for Hummels, which Klopp laughed off as not enough for a player of that quality.

The German tactician added that there is no suggestion that either player wants to leave the club, which may leave United to consider other options in the transfer market as they seek to strengthen in those positions.

“I can assure everyone there are no indications that Mats or Marco want to leave,” Klopp said. “They will be playing for us in the new season.

“What is the latest rumour – Mats to Manchester United? And for how much – £17 million? For an amount like that you can forget about it straight away.”

United are in the market for new centre-backs after losing both Nemanja Vidic and Rio Ferdinand this summer, and have also been linked with the likes of Arsenal’s Thomas Vermaelen.