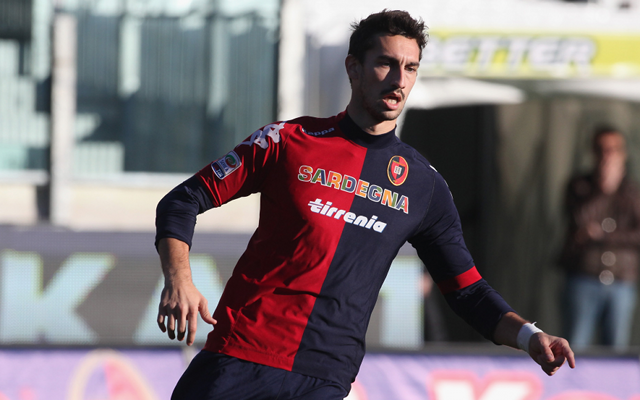 Astori wants to star with Cagliari.

Italian centre-back Davide Astori has reportedly rejected the chance to move to the Premier League with Tottenham Hotspur and has signed a new deal with his current club Cagliari, according to reports from talkSPORT.

The versatile defender was also linked with a move to Manchester United last season, and although ex-Red Devils’ boss David Moyes did scout him with purpose, a move to Old Trafford did not materialise.

The 27-year old Italian international has now signed a new three-year contract with Cagliari amidst rumours linking him to Spurs recently.

The Lilywhites are in need of defensive reinforcements and their new boss Mauricio Pochettino is searching for potential options to strengthen his squad.

Astori’s commitment to continue his career within Serie A means that another possible option has now been ruled out for Tottenham, and it would be interesting to see what other irons Pochettino has got in the fire.

Speaking of his commitment to Cagliari, Astori said recently, “I’ve been here six years now and I’ve grown up and matured while in Sardinia. I wanted to show my gratitude to Cagliari. I thank president [Tommaso] Giulini: it is a decision we took together.”