A preseason friendly between seven-time Israeli champions Maccabi Haifa and French side Lille had to be stopped early after pro-Palestinian protesters invaded the pitch and fought with players.

Most of the violence came after a protester was tripped by a player as he ran across the field during the game in Austria.

That sparked attacks on Maccabi stars, some of whom retaliated.

Maccabi coach Aleksandar Stanojevic punched a protester, according to the Daily Mail.

He can be seen in the image at the bottom of this page. 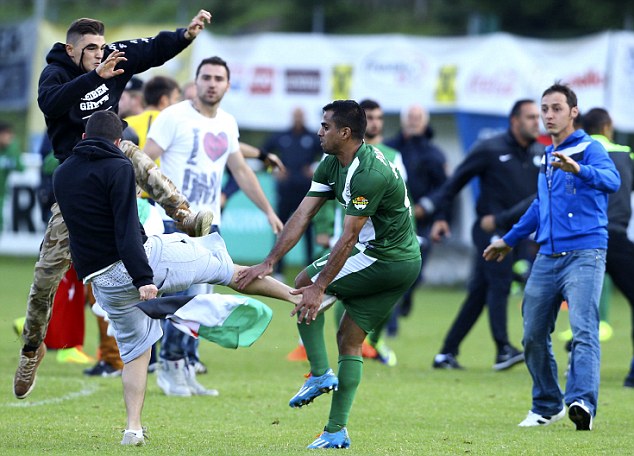 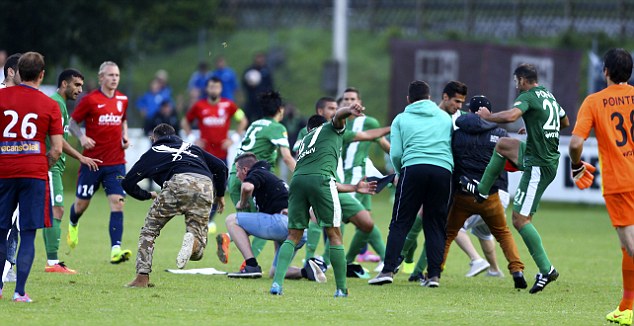 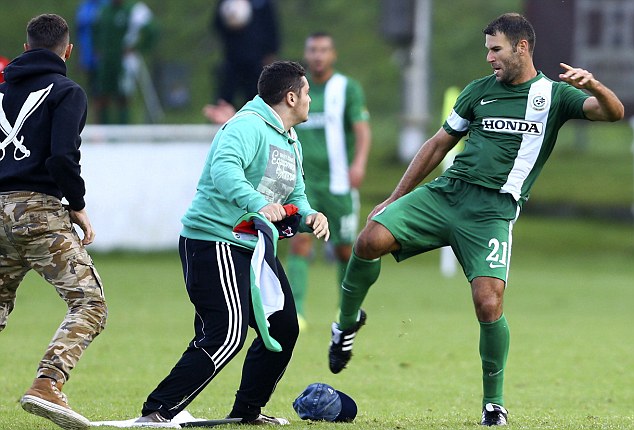 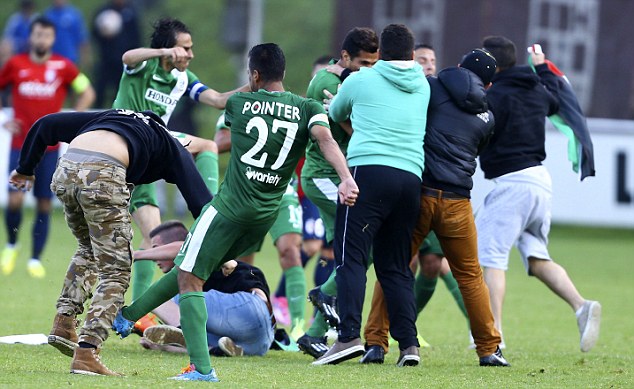