Leading bookmaker Betfair today slashed the odds of Arturo Vidal joining Liverpool from Juventus from 20/1 to 4/1, after rumours that the Chilean superstar is being targeted by Brendan Rodgers as his marquee summer signing.

Vidal has ruled out a move to Manchester United, although most of the bookmakers have yet to react to the news, and still rate Louis van Gaal’s men as favourites to secure the world-class Juventus midfielder…

“Can I say I will remain with Juve? I don’t know.
“I’ll talk to Allegri on Monday and then we will see.

“I haven’t spoken with Allegri or any of my team-mates yet, but I’m not going to Manchester.” 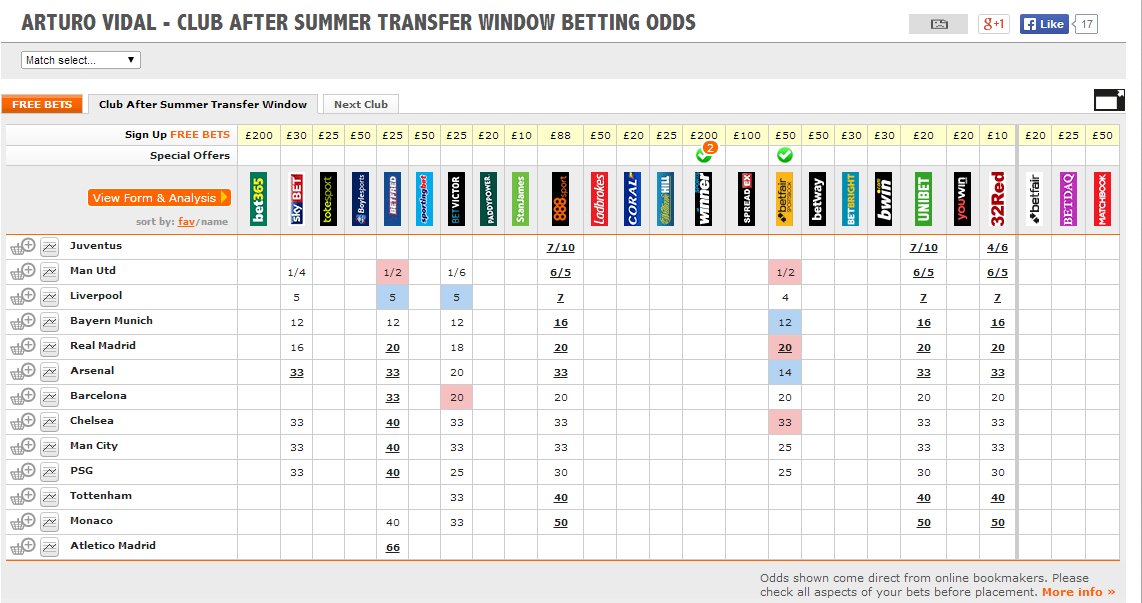 The Reds already have the likes of Steven Gerrard, Lucas, Jordan Henderson, Joe Allen and new signing Emre Can – all of which can play in central midfield, but the potential arrival of Vidal is likely to massively excite supporters.

Most bookmakers have Bayern Munich to sign Vidal at 12/1, which seems like fairly generous value considering the fact they’ve just sold fellow world-class central midfielder to Real Madrid for £24m.

Vidal prides himself on his ability to perform both defensive and offensive duties in the middle of the park, providing his side with energy, winning back possession and winning chances.