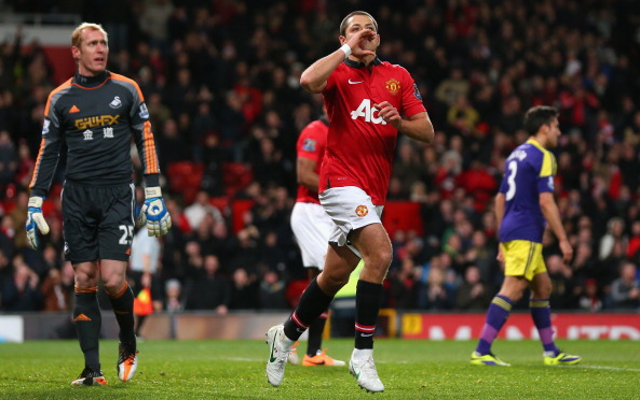 The 26-year old Mexican is already being chased by Italian giants Inter Milan, but Atletico are hoping to beat the Nerazzurri to his signature.

United could be willing to do business for £15 million as ‘Chicharito’ is desperate to leave Old Trafford this summer. He only started 12 games in all competitions last season, and is way down the pecking order behind the likes of Robin van Persie, Wayne Rooney and Danny Welbeck.

Hernandez already lost his starting place in the Mexico national team at the 2014 World Cup after being continuously ignored by ex-Red Devils’ boss David Moyes, and he now wants out to prevent further damage to his ambitions.

Atletico could be willing to pay for Hernandez as they are looking for a potent attacker to fill in for the departures of their forwards Diego Costa and David Villa.