Former Manchester United captain Nemanja Vidic has been pictured in Inter Milan’s new away kit for the upcoming 2014/15 season.

The Serbian centre-back, 32, moved on a free transfer to the San Siro giants this summer after a glorious eight-year career at Old Trafford, in which he became a real fans’ favourite.

Embarking on a new adventure now in Serie A, Vidic will be wearing a neat-looking white strip in games away from home when the club’s traditional blue and black shirts clash with their opposition. 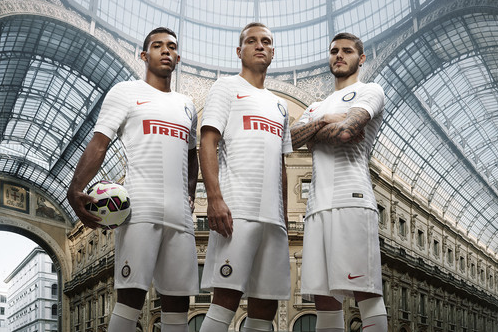