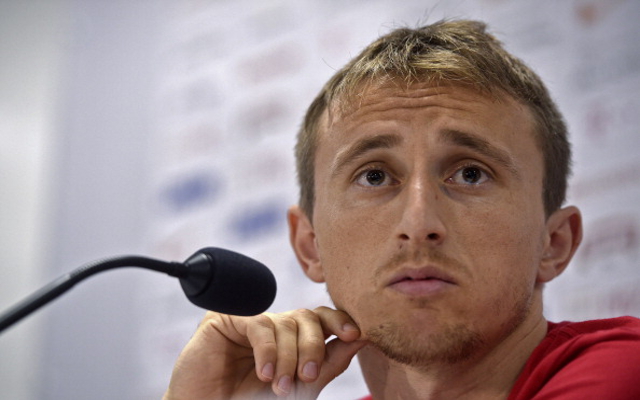 CaughtOffside understands that the Dutch manager is keen on offering the Bernabeu star a Premier League return with the Croatian likely to suffer as a result of his side’s captures of Toni Kroos and James Rodriguez this summer.

Modric had a superb season last term, playing a pivotal role in Real Madrid’s Champions League triumph, but could be considering his options following his side’s big money signings and Man United will put out the ‘feelers’ with a £27m bid for the former Tottenham man.

Van Gaal is desperate to improve his midfield options and is ready to offload the likes of Tom Cleverley, Micheal Carrick, Darren Fletcher and Marouane Fellaini to make room for further additions having already signed Spaniard Ander Herrera, who greatly impressed in Man United’s 7-0 thumping of LA Galaxy in a recent pre-season friendly.

Modric has made 104 appearances for Real Madrid over the course of two seasons but may be a player Ancelotti would consider selling in order to balance the books.

The midfield schemer was initially deemed something of a flop following his move to the Spanish capital in August 2012 but responded to early criticism with a string of superb performances but chances in 2014/15 may be at a premium as Ancelotti has a number of options to fill various midfield roles.

Modric will have to battle for selection with Asier Illarramendi, Xabi Alonso, Toni Kroos and Sami Khedira for a central role with the likes of James Rodriguez, Angel di Maria and Isco vying for wide roles.

Man United’s owners have made significant funds available to van Gaal as he seeks to erase the memory of last term’s shocking seventh place finish and should their opening bid for Modric fail then no doubt the Premier League side are capable of tabling an improved sum.