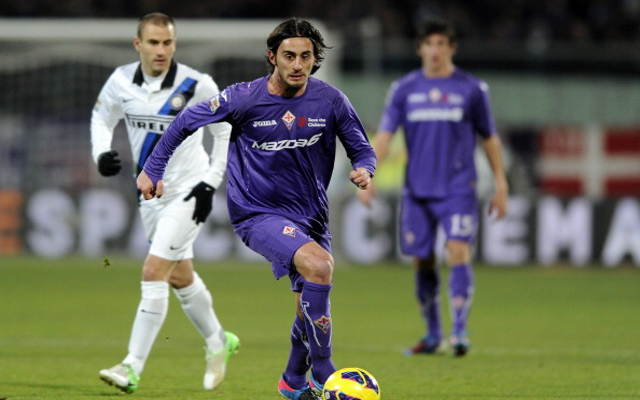 The 30-year-old Italian, who played 18 Premier League games for Liverpool between 2009 and 2012 before joining Fiorentina, could join Frank Lampard and David Villa as part of the Manchester City expansion team.

Eurosport have reported that Aquilani is in the middle of contract negotiations with Fiorentina, but with an agreement apparently a long way off, New York could be prepared to offer him a deal this summer and loan him back to the Viola until January.

City won’t become the 20th MLS franchise until March 2015, meaning that the player will be available until early next year. New York have already loaned out Villa to Melbourne City in Australia, and rumours have suggested that Lampard could follow suit with a temporary move elsewhere.

Aquilani moved to Anfield from Roma for a fee of around £17m, but never managed to deliver for the Reds. He made 26 appearances in all competitions during an injury plagued first-season on Merseyside, before spending the next two years on loan with Juventus and Milan.

He made his permanent return to Italy following Brendan Rodgers appointment as Liverpool manager, who allowed the midfielder to leave on a free transfer.