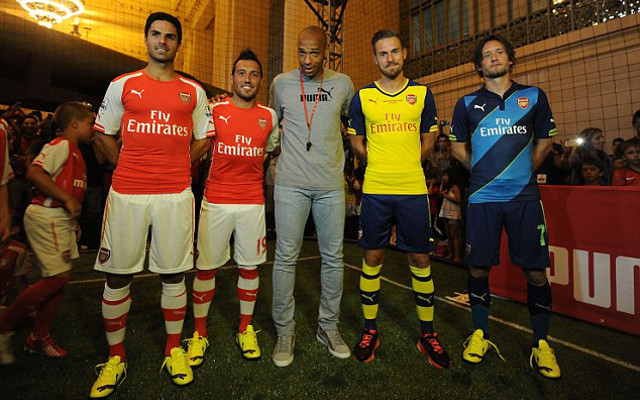 The Gunners quartet were dressed in full football kit to promote the club’s new range for the 2014-15 season.

Spanish duo Arteta and Cazorla wore the home strip, while Ramsey and Rosicky sported the away and third kits respectively.

He wore a grey Puma tee-shirt. 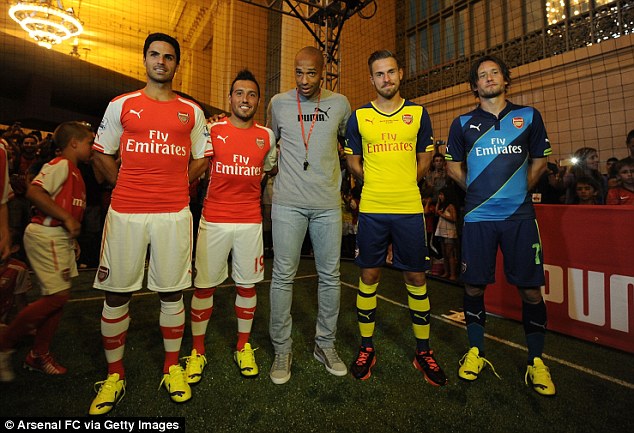