Arsenal are set to sign Nice keeper David Ospina and Southampton full-back Calum Chambers according to reports on the BBC website.

Colombian custodian Ospina will be brought in to battle Wojciech Szczesny for the Gunners starting spot, with Lukasz Fabianski having left for Swansea City earlier this summer, a move that has been confirmed by Nice manager Claude Puel.

Puel, said to be a close friend of Arsenal boss Arsene Wenger, stated of the move;

The 25 year old impressed at the World Cup and will certainly provide a very solid back up option between the sticks, with the move set to cost Arsenal around £4m.

Arsenal have also agreed to pay £16m for teenage right-back Chambers according to the BBC.

Southampton have already seen Luke Shaw, Adam Lallana and Rickie Lambert follow manager Mauricio Pochettino to a St Mary’s exit and Dejan Lovren looks set to continue the exodus with a £20m move to Liverpool set to be completed. 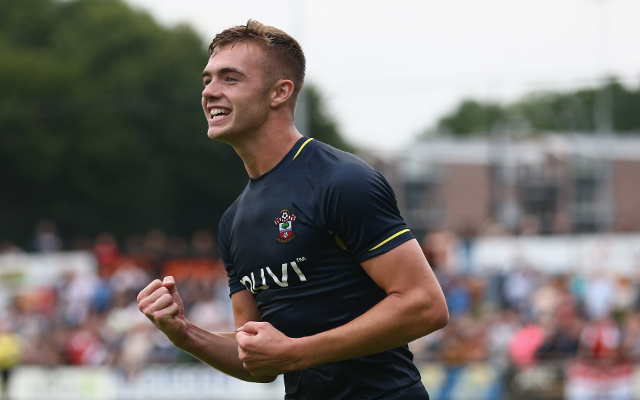 Chambers broke into the Saints first team set-up in August 2012 and has made 24 appearances for the south-coast side and follows the likes of Theo Walcott and Alex Oxlade-Chamberlain in completing a move from Southampton to Arsenal.

The move would bring Arsenal’s spending this summer to over £60m with Wenger forking out around £35m for Barcelona’s Alexis Sanchez and £11m for Newcastle United right-back Debuchy.