Barca may have won race for Dortmund star.

Barcelona may have beaten Manchester United to the signing of Borussia Dortmund defender Mats Hummels, with Barca shirts bearing his name and the number 5 going on sale, according to Sport.

It should be pointed out that, while this is not an official club store, the shop Futbol Mania have previously correctly predicted the signings of Luis Suarez and James Rodriguez at Barcelona and Real Madrid respectively, with the correct shirt numbers chosen as well.

The number 5 shirt is free at the Nou Camp this season following the retirement of Carles Puyol, and Hummels could be a superb signing to take the place of a club legend at the back.

The likes of Liverpool defender Daniel Agger and Arsenal captain Thomas Vermaelen have also been linked with the Catalan giants this summer, though this latest development may suggest a deal for German World Cup winner Hummels is close. 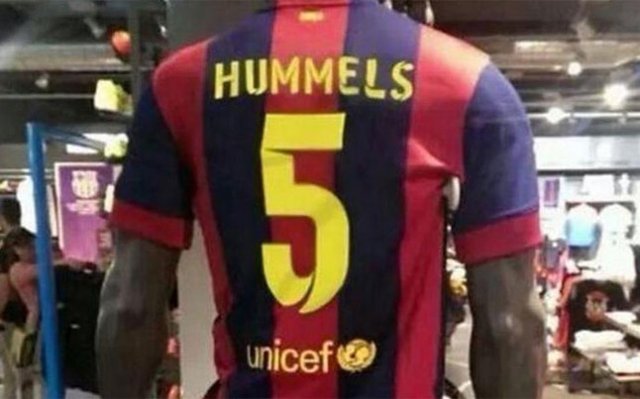