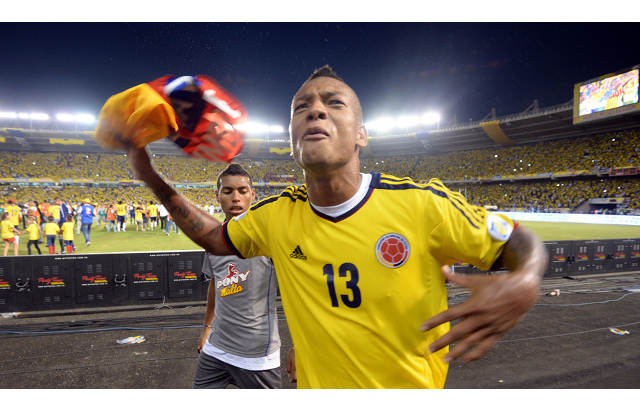 Old Trafford side offered Colombian in return for bit-part performer.

Inter Milan will offer Colombian midfielder Fredy Guarin to Man United in exchange for bit-part player Javier Hernandez according to the Metro.

The San Siro side are keen to bring in Chicharito to boost their attack, having already landed Old Trafford veteran Nemanja Vidic, and the offer of Guarin in a swap deal could well be one that boss Louis van Gaal considers.

Guarin has been linked with interest from a number of Premier League sides and could certainly offer some much needed quality in the centre of the park and the 26 year old could well be tempted by a move to Man United, having turned down moves to Wolfsburg and Zenit recently.

Hernandez has struggled to retain a foothold in the Man United starting eleven, making just six Premier League starts last term, and having spent four years at Man United the Mexican international may feel it’s time for a fresh challenge, especially if he has been given no assurances of guaranteed regular action under van Gaal.

Atletico Madrid are also said to be keen on Hernandez and that could prove a move interesting prospect given that the Vicente Calderon side have Champions League action to offer and the departure of both Diego Costa and David Villa leaves ample room for the 26 year old to forge a role in Diego Simeone’s first team set-up.