The transfer market is well and truly in full swing now and there have already been a number of eye-catching moves across Europe.

Here CaughtOffside picks out the 10 best striker deals that have happened so far ahead of the 2014/15 season. 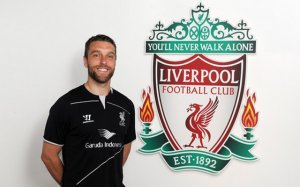 Lambert may be 32-years-old, but he has hit the peak of his powers later than most strikers, and having signed as part of a deal worth only around £4m, he should more than justify the fee Liverpool paid Southampton to land him. The England international has scored 28 Premier League goals during the last two seasons.