Tottenham ace not best pleased with having his photo taken.

Misfiring Tottenham midfielder Erik Lamela has been handed a second chance to impress at White Heart Lane this season, though judging by the evidence of the photograph below he’s not best pleased.

The Argentine star was snapped grimacing alongside a cheeky Arsenal fan, who asked the rival midfielder to pose with him in a photo.

The young Gooner seemed pleased and got away with a photo to show his friends for his troubles. 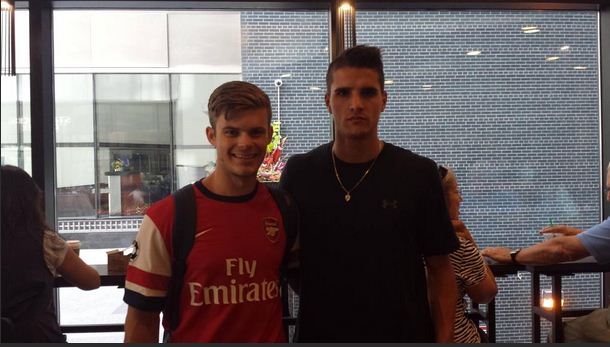