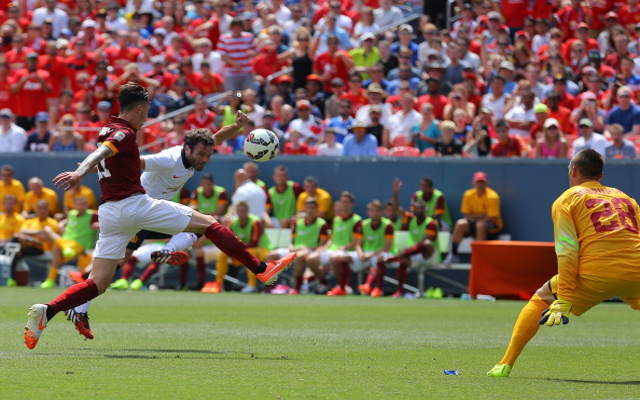 Spanish international to be handed huge opportunity to shine after disappointing year.

Manchester United forward Juan Mata is likely to be the player that will feel the greatest benefit of playing under new boss Louis Van Gaal as he looks to get his career back on track following a personally disappointing season last year, the Daily Mail reports.

The Spaniard became the star signing of David Moyes’ torrid eight month tenure at the club last season after finding himself frozen out at Chelsea under Jose Mourinho.

However, his impact with the Red Devils was limited, and when Ryan Giggs was handed temporary charge of the side towards the end of the campaign he dropped the former Stamford Bridge fan favourite.

It appeared that Mata was the signing that never seemed to fit. But in America, though, hope springs for the Spanish international as new United manager Louis van Gaal has confided to his associates that the 26-year-old is the man he wants to play behind Wayne Rooney and Robin van Persie this season, and Mata has the look of a footballer ready to make up for lost time.

“It was difficult last season,” said Mata. “We had changed managers but didn’t get the results. But we are starting a new season with a new manager and we aim to put the club back where it deserves to be. Things are changing and everyone is finding their new role in the team. That includes me.”

Mata struggled to influence games for United last term, which is ultimately what he was signed to do, though his cause was not helped by the fact that Moyes struggled to recognise where his best position actually was.

Under Van Gaal, Mata has already been stationed in his favourite spot and on Saturday against Roma he flourished, scoring a fine goal after a sensational pass from Rooney during the first half.

“If I play behind the two strikers I feel comfortable,” he added.

“I have played on the left or right but my best season was when I played in that position under Rafa Benitez for Chelsea. I will try my best, during the season hopefully we can play good football and I can do assists and score goals because that is what I have to do.

“We feel the manager is a great manager who has brought a strong mentality. This club is made for a winning mentality and I think he has it. We are happy with him and the way he works. Everything is new but we are adapting well to his style of football.”