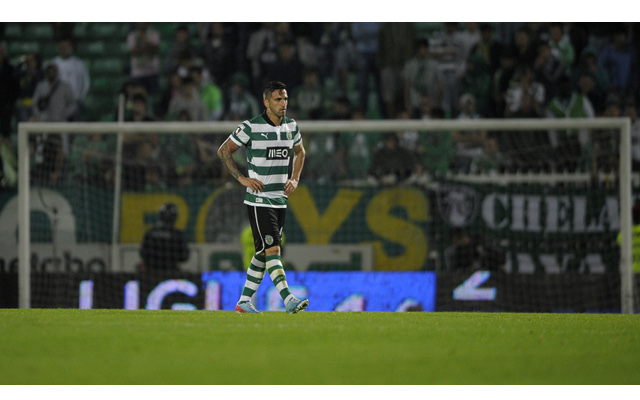 Tottenham Hotspur are set to put an end to the problems at right-back by closing in on a deal to sign Sporting Lisbon’s Miguel Lopes on a season long loan, according to Portuguese football website Mais Futebol.

The 27-year-old is due to meet with Spurs representatives on Tuesday with the view to wrapping up a season long stint with the north London outfit after failing to establish himself as a first team regular in the Portuguese capital.

New Spurs coach Mauricio Pochettino is interested in bringing in Lopes to add strength in depth to the right back position.

Though Kyle Walker is expected to be the club’s first choice in that position, the move for Lopes is thought to be paving the way for Kyle Naughton’s exit from the club with Swansea said to be interested in taking him off their hands.

Lopes spent the previous season on loan with French giants Lyon, where he made only 16 appearances before returning to Lisbon at the end of the season.

It is thought that Spurs have beaten off a number of competitors for his signature as his salary demands have kept interested parties at bay.

Tottenham struggled at the back end of last season when Kyle Walker picked up an injury with Kyle Naughton failing to fill the void of his great mate from Sheffield.