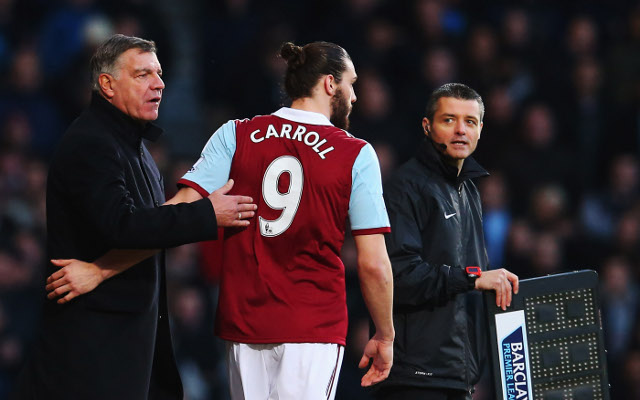 The striker is back after surgery, but his boss could be different.

Following ankle surgery in USA West Ham United club record signing Andy Carroll has returned to the club, only to see the future of his manager Sam Allardyce in serious doubt, according to the Sun.

Carroll’s absence from the starting XI has greatly affected their form and Allardyce could well be given the sack as his Hammers team continue to under-perform.

Co-owners David Gold and David Sullivan appear to be losing patience with both men, with the latter admitting he would never have signed the 25-year-old from Liverpool if he’d known about these injury concerns.

Meanwhile Gold is the subject of interest on Twitter where fans are urging him to sack Allardyce as things continue to get worse at Upton Park.

West Ham have recently returned from a pre-season tour of New Zealand with their tails between their legs, where two defeats to minnows in the country have hardly done much to improve morale.

Meanwhile Allardyce and the board are also in disagreement over the future of controversial midfielder Ravel Morrison at the club and tension appears to be running high.

The 59-year-old is not the favourite to be the first to be sacked during the 2014/15 Premier League season, with former Manchester United boss David Moyes the favourite to succeed the Englishman.