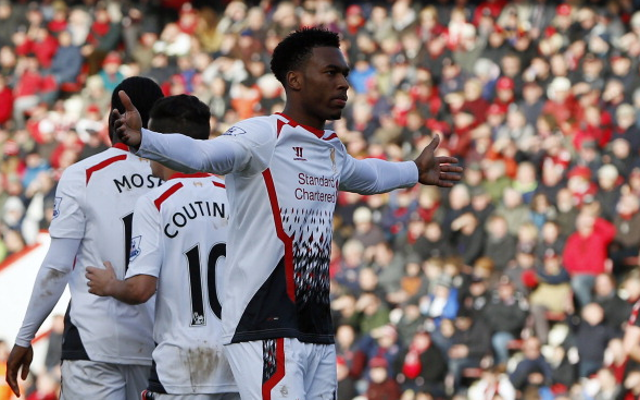 England ace admits he can’t replace Luis Suarez on his own.

Liverpool striker Daniel Sturridge has hinted that the club are still in the market for a new big name striker after he confessed that he cannot replace the departed Luis Suarez on his own, according to the Daily Star.

All eyes are now on Sturridge to provide the goals, after he hit 21 of them himself last term, as he remains their most viable goal threat after the club pulled out of a deal to sign Queens Park Rangers star Loic Remy over the weekend.

However, the England international has called for back up after admitting that it is too big a job for him to do on his own.

“This is a huge club with a lot of players who can step up,” said Sturridge.

“I wouldn’t say it’s by default that I’m the main man.

“As a team we will move forward, I wouldn’t say I’m the main man. We are going to do our best to move forward.

“It was a unique partnership with Luis. We shared some good times together.

“We created history with our goals but in terms of next season for the goals, I’ll step up myself and everyone has to step up to get the goals because it is a long season.

“It is everyone’s job to step up. The new boys who have come in, as well as the players who have been there all season.”

Liverpool are still being linked with a number of strikers, including Swansea star Wilfried Bony and Southampton ace Jay Rodriguez.