Uruguayan sensation could well be set for enormous transfer this summer…

PSG forward Edinson Cavani has been mysteriously airbrushed out of the promo shoots for the new PSG away strip, fuelling speculation that the world-class Uruguayan will be moving to the Premier League this season.

Liverpool and Manchester United have been most heavily linked with the striker, who claimed earlier this month that his future is uncertain.

“In football, you never know. Anything can happen.

“One day you are in one team and, the next day, you can be in another.”

Check out how PSG swapped Cavani’s head for Cabaye’s… 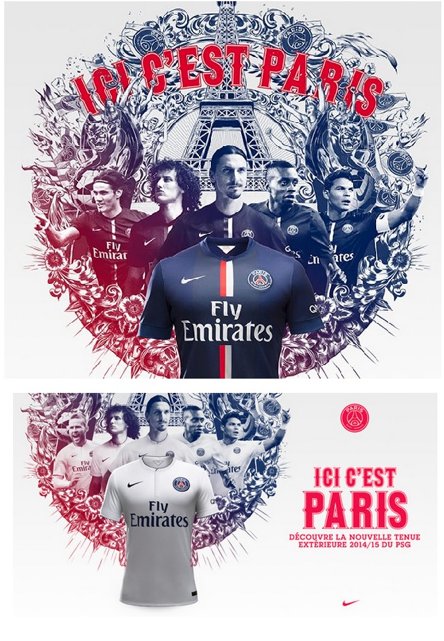