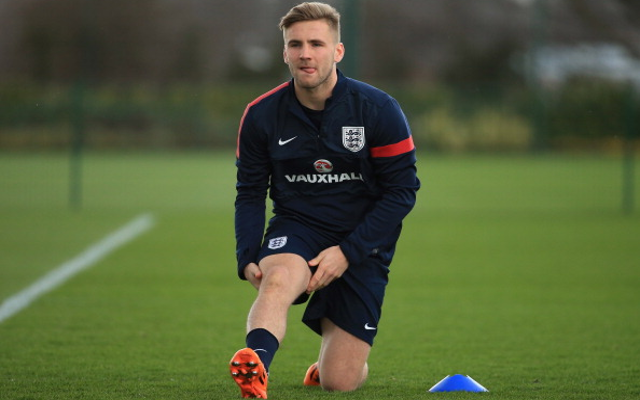 The £27m signing needs to improve ahead of the new season.

Shaw became the most expensive teenager in British football history upon completing his transfer from Southampton, but van Gaal is not happy with the left-back’s fitness levels.

“He needs to be fit and is not very fit or fit enough to do what I want,” the 62-year-old was quoted by the Telegraph.

“He needs to train individually until he is fit. I cannot judge how long that will take, but I see what I see.

“I have spoken with him and we have made a programme for him. He agreed with me.

“How long [will he be on the programme]? That we have to see, but that I don’t know.”

Shaw reported to United training early following his time at the 2014 World Cup with England, but since then has spent much of his time with fitness coach Tony Strudwick.

The teenager was signed by the Red Devils following two impressive years in the top flight with the Saints since breaking out of their academy.

Yet van Gaal’s regime is clearly going to be stricter than what Shaw has been used to and many of the first team squad could find this a shock.

With Patrice Evra and Alexander Buttner having been sold this summer the youngster is the only available left-back at the club currently and will therefore need to improve his fitness quickly.