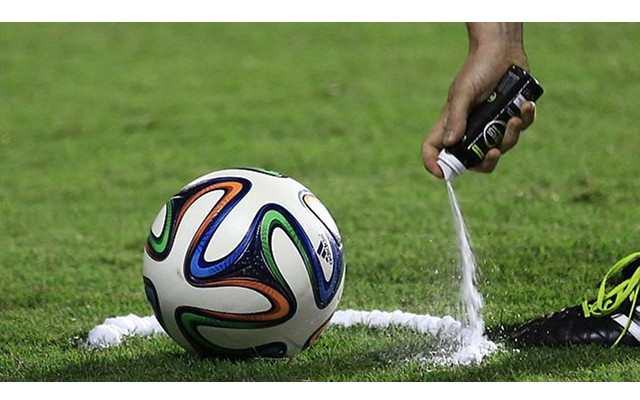 Referees used the white, foam-like spray to mark out ten yards between a set piece taker and the defensive wall.

Fans and pundits alike grew weirdly fond of the vanishing spray, which has actually been used in the South American leagues for years now, and will no doubt be delighted by this breaking news.

BREAKING: Vanishing spray will be used in the Barclays Premier League from the start of this season #SprayForBPL pic.twitter.com/uiTPXT4Ph3