Louis van Gaal played with a wingback formation once again…

The new Spanish midfielder fits excellently into this style. He has onrushing fullbacks to feed the ball, a no.10 to link up with, and a midfielder alongside to help him win back possession. Herrera ticked over play very well in the middle, and United fans will be mightily encouraged by the start he’s made to his Red Devils career this pre-season. 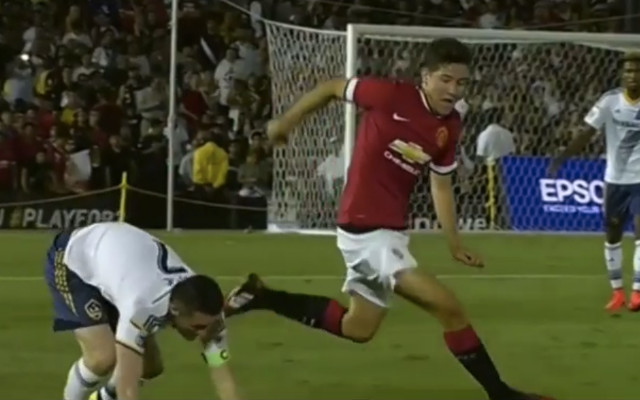